For a map view of my international bicycle routes, please follow this link. The routes are hereunder classified by date of travel – more recent first.

Note : journey duration in days is just informative, as it depends on average speed and daily travelled distance. It will vary with every other cyclist. The number of days mentioned here excludes resting days, as I usually never stop longer than a single night.

Baltic Sea Coast & Scandinavia 2 (Lithuania, Latvia, Estonia, Finland and Sweden) ; second part of a great journey along the southern Baltic Sea coast which I had dreamed of since 2013. Starting in Klaipeda (after a return trip to Nida, on beautiful Curonian Spit), this route follows Eurovelo 10 & 13 through the 3 Baltic States until Narva at the Russian border. It is partly signposted in Lithuania, more regularly in Estonia, but not in Latvia, therefore a GPS and these guidebooks are highly recommended : Klaipeda-Riga, Riga-Narva. Mostly secondary roads, some of which unpaved and unconfortable (deep gravel, sand), but also forest tracks, beautiful straight and silent asphalt roads, occasional sections on highways with heavy traffic and 20 km on the beach in Latvia ! Tallinn-Narva by train (3 hours) and back to Tallinn by bike. This route continues in southern Finland, from Helsinki to Mariehamn in Åland archipelago : no signposting and no cycle maps for continental Finland, as well as very little accomodation, plus some fairly dangerous sections due to the narrowness, bad condition and many sharp curves of the roads, making it the less bike-friendly country of Scandinavia – in my own opinion. Luckily, cycling the archipelago is safe and just great, although most distances will be covered by ferry. Last part of the journey through southeastern Sweden, from Stockholm to Karlskrona, along official signposted cycle routes (Sverigeleden, Cykelspåret and Kustlinjen), with a visit of the northern part of the island of Öland – unfortunately packed with vacationers in summer. Slideshow of geotagged pictures here. Total distance : 3015 km / Duration : 32 days / Average daily climb : +260 m / Date of travel : Summer 2019. 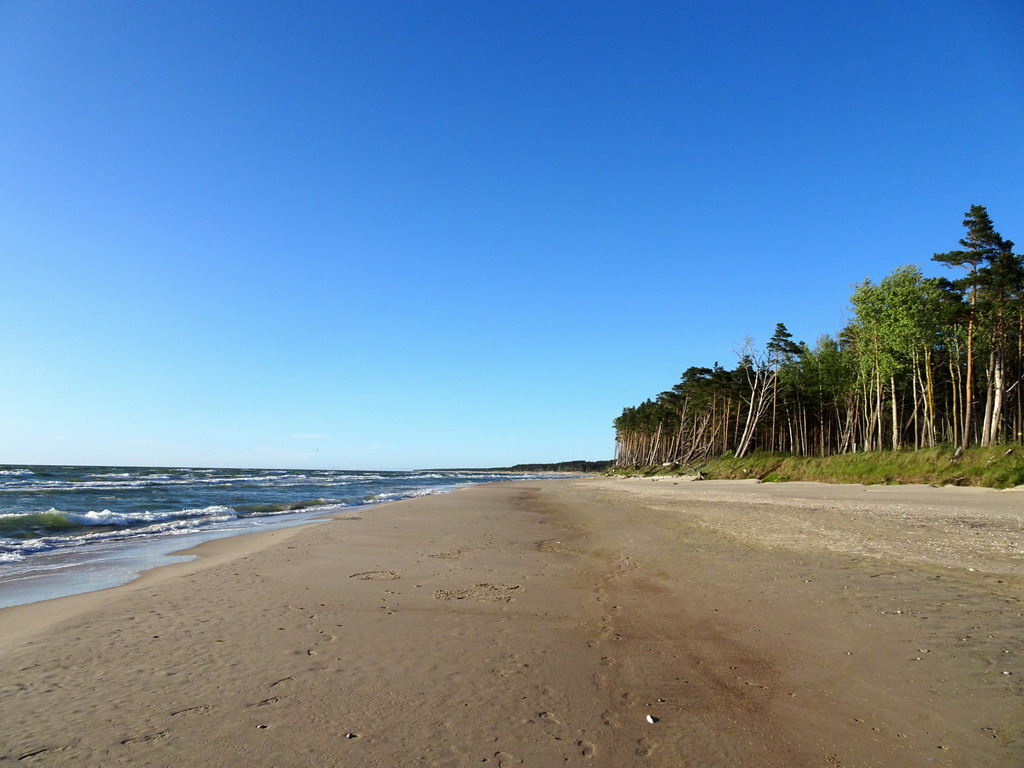 Baltic Sea coast & Scandinavia 1 (Germany, Poland, Sweden and Denmark) ; first part of a great journey along the southern Baltic Sea coast which I had dreamed of since 2013. Starting in Lübeck, this route follows Eurovelo 10 & 13 all the way until Gdansk and is fully signposted in Germany, but not in Poland, therefore a GPS and this guidebook (plus my own report containing corrections and updates) are highly recommended. Many tough sandy sections in Poland, some of which unavoidable – you’ll definitely have to push your bike. From Gdansk, Eurovelo 10 & 13 continues through the Russian territory of Kaliningrad, where you need a passport and a visa, both of which being constraints I refuse to comply with. Therefore I decided to take a ferry to Sweden, a country I do like very much. The crossing Gdanks-Nynäshamn takes 18 hours and costs around 80 CHF / 75 EUR. In Sweden, this itinerary follows official signposted Sverigeleden cycle routes all the way to Dalarna province, close to Norway. Highlights are Stockholm, lake Siljan and kilometers of silent roads, sometimes unpaved, through the countryside (south) and forests (north). I intended to continue to Norway, but finally gave up due to the many forest fires caused by an exceptionally hot and dry summer. That’s why I took a bus from Mora back to Borlänge, where I then cycled south to Falköping. After a short train ride to Göteborg (because of thunderstorms), and a 3:15 hours ferry crossing to Frederikshavn in Denmark, this itinerary continues inland all the way to Flensburg in Germany, along Danish official Cycle Route 3 (Hærvejsruten). Slideshow of geotagged pictures here. Total distance : 2683 km / Duration : 28 days / Average daily climb : +370 m / Date of travel : Summer 2018. 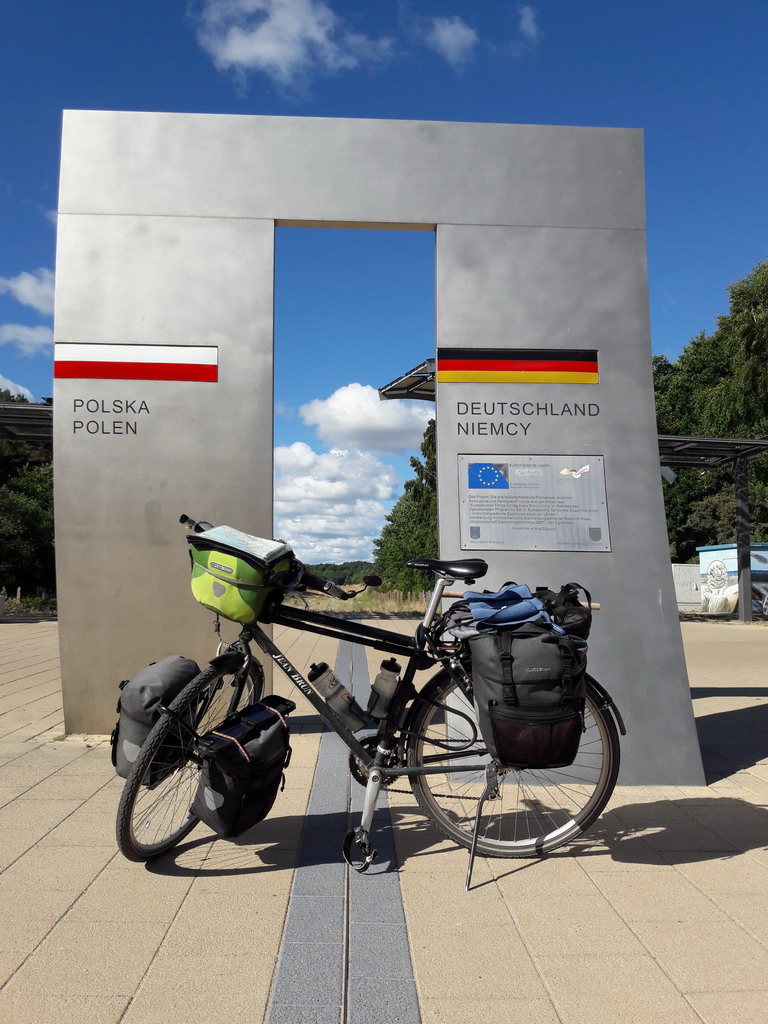 The Wild Atlantic Tour (UK & Ireland) ; if you don’t fear wind and rain, this tour will take you into beautiful Atlantic landscapes, starting in Bournemouth and first heading to Land’s End in Cornwall, along various official cycle routes (among which NCN Routes 2, 3, 27 and 279) and some narrow countryside roads (6 days). Second leg in Wales, from Cardiff to Holyhead, mostly following NCN Route 8 (5 days). Third leg is a half tour of Ireland, from Mallow in the south to Ballycastle in the north – best sections being the Beara Peninsula, inner Iveragh Peninsula, Aran islands and Connemara (12 days). Last leg in western Scotland, from Campbeltown to Oban, then along the Outer Hebrides from Barra to Stornoway, and finally from Ullapool to Garve, where you can catch a train to Inverness (6 days). All connections by train and ferry – the little passenger boat crossing from Ballycastle in Northern Ireland to Campbeltown in Scotland is seasonal (see here). Slideshow of geotagged pictures here. Total distance : 2339 km / Duration : 29 days / Average daily climb : +930 m / Date of travel : Summer 2016. 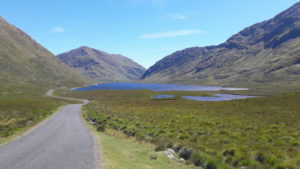 Sardinia (Italy) and Corsica (France) ; short journey across two beautiful islands in the Mediterranean sea, starting with a 7 days loop in Sardinia. We’re travelling most of the time inland, on quiet secondary roads – but be aware that there will be many climbs. We then take the car ferry from Santa Teresa to Bonifacio, before riding across Corsica from south to north, via mountain roads – climbs will be even tougher than in Sardinia ! Note that on both islands coastal areas are packed with tourists in July & August, and main roads should be avoided as they are very dangerous. Slideshows of geotagged pictures : Sardinia and Corsica. 1031 km / 11 days / +1200 m / Summer 2015. 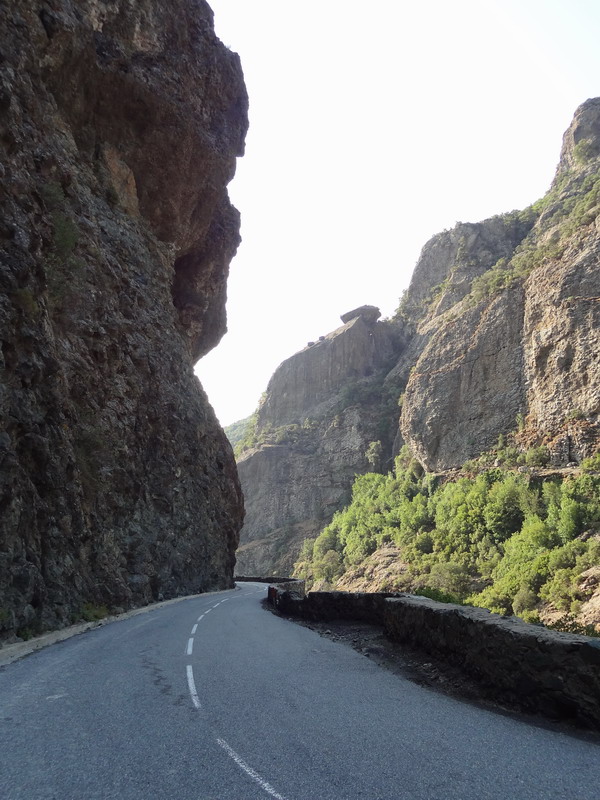 Via Francigena (Martigny – Rome) ; thirteen-day journey from the Swiss Alps to the capital of Italy, following the pilgrims route which Sigéric, archbishop of Canterbery, walked both ways around year 990. Best sections are the Gd St-Bernard pass, the plains of Northern Italy, the Cisa pass and Tuscany hills. Mountain bike highly recommended as this itinerary often runs off paved roads, along signposted paths and walkways, some of which being rough and stony. Be very careful when riding on roads : most are extremely dangerous in Italy, due to heavy traffic and irresponsible driving habits ! Moreover, the itinerary is sometimes complex and not easy to follow – if you have a GPS, take it along. Slideshow of geotagged pictures here. 1057 km / 13 days / +800 m / Summer 2015. 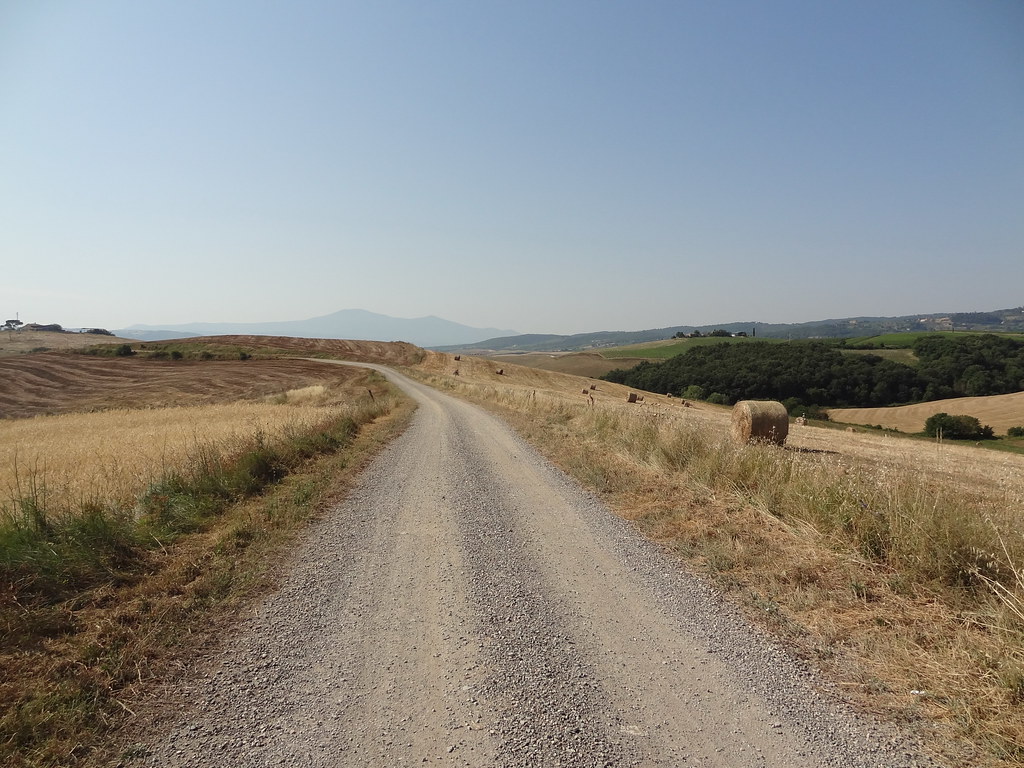 Dover to Orkney islands (NCN Route 1, UK) ; long journey across England and Scotland following National Cycle Network Route 1, the longest in UK. To avoid the heavy traffic on most British roads, this cycle route is often zigzagging in the middle of the countryside and also regularly goes off-road on rough tracks and paths – therefore a strong touring bike equiped with puncture-proof tyres is required. Signposting is excellent all the way but won’t prevent getting lost in several of the many urban areas the route drives through. Hence I recommend using the very handy cycle maps published by Sustrans and available as far North as Durham Coast (no maps further North at the time of writing). You can find a lot of useful information on Sustrans website and a full slideshow of geotagged pictures here. I compiled a list of accomodation available along Route 1 from south to north : you can donwload this Excel file here (reviewed June 2015, but won’t be updated later). Moreover, a copy of the report that I wrote and sent to Sustrans can be downloaded here. 2700 km / 28 days / +640 m / Summer 2014. 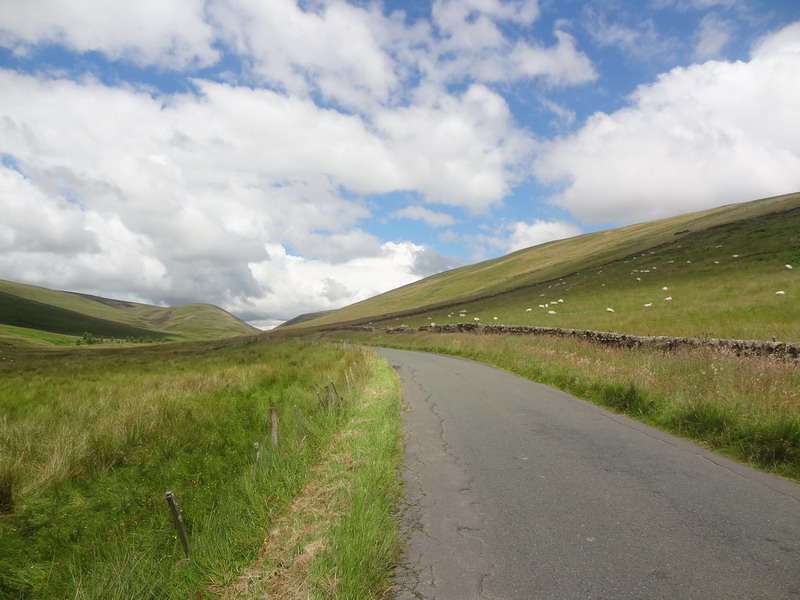 Scandinavian tour ; long trip starting in Copenhagen (DK) and crossing about two thirds of Sweden, first along western coast and Ginstleden Cykelspåret bike route, then inside forest covered interior country along Sverigeleden cycle route, all the way to Lapland. If you like silent straight roads, this is the place to go ! In Umeå, I took the ferry to Vaasa in Finland, from where I cycled south along the Baltic coast route (Eurovelo 10) to Mariehamn, in the Åland archipelago. Return by ferry to Northern Germany, via Helsinki – then by train. Slideshow here. 2495 km / 24 days / +660 m / Summer 2013. 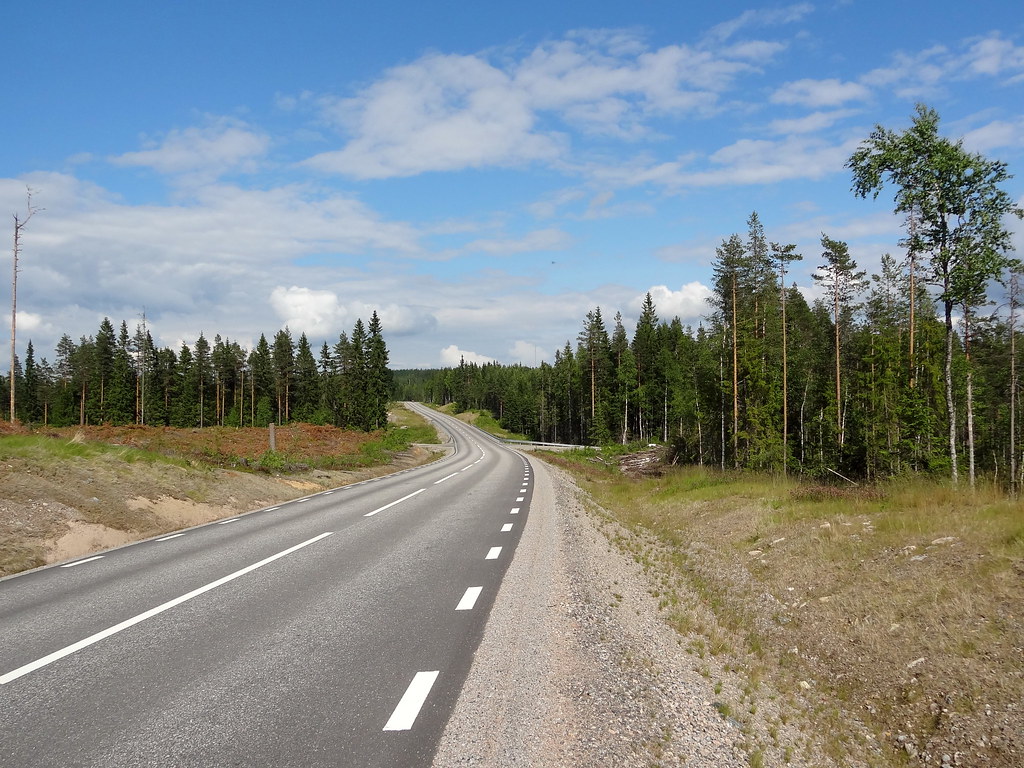 Geneva (CH) – Calatayud (Aragon, Spain) – Hendaye (Pyrénées Atlantiques, France) ; great journey through southern France and northern Spain, across two fascinating mountain areas, the “Massif Central” and the Pyrénées. I was really impressed by the Spanish side of the Pyrénées : wild landscapes, silent “bush” roads and zero tourist ! Then onwards into some very arid and quiet regions of Spain (southern Aragon and Province of Soria). Mainly secondary roads. Photos in the post. 2182 km / 25 days / +880 m / Summer 2012. 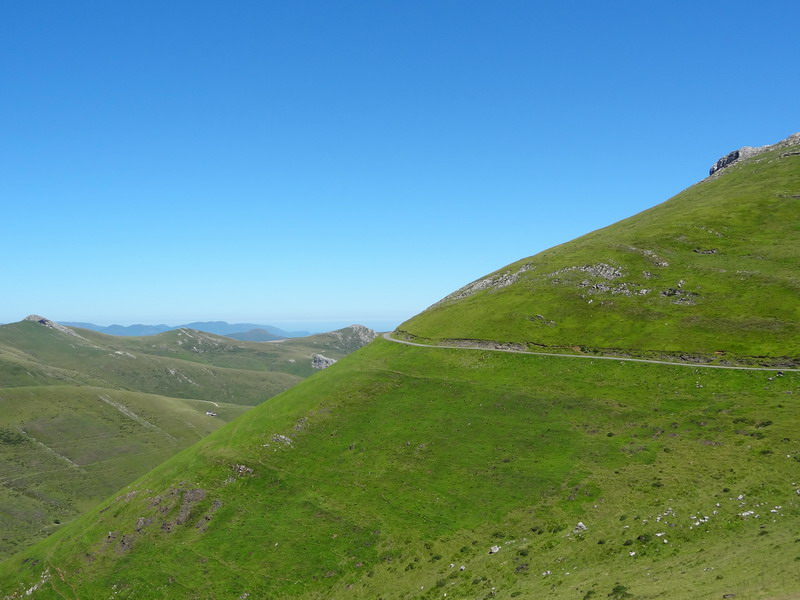 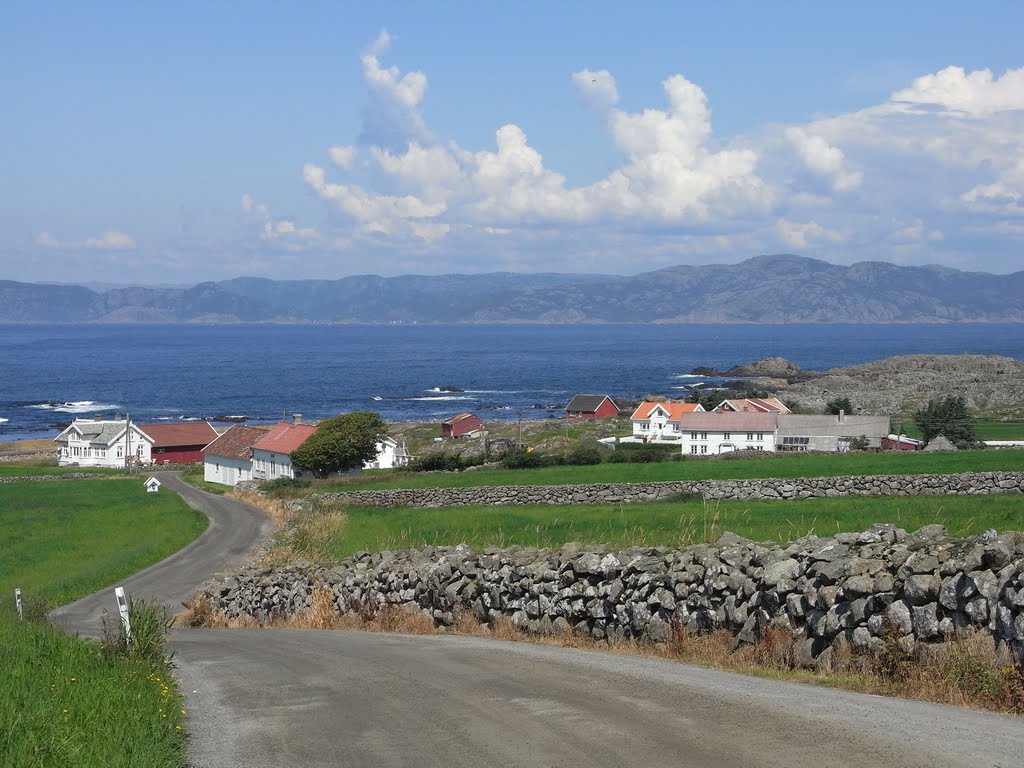 Geneva (CH) to Santiago-de-Compostela (Galicia, Spain) ; some sections of this wonderful travel through France and Northern Spain follow the historical pilgrimage route, but I also went off the “official” path from time to time, looking for less crowded and more varied landscapes. Like many pilgrims, I continued from Santiago on to the Cape Finisterre, the westernmost part of Europe. In Galicia, main roads must absolutely be avoided due to mad car and truck driving ! Mainly secondary roads. Caution : bikes cannot be taken into long distance trains in Spain, but busses to France will accept them in Santiago. Slideshow of geo-tagged pictures here. 2405 km / 25 days / +1120 m / Summer 2009. 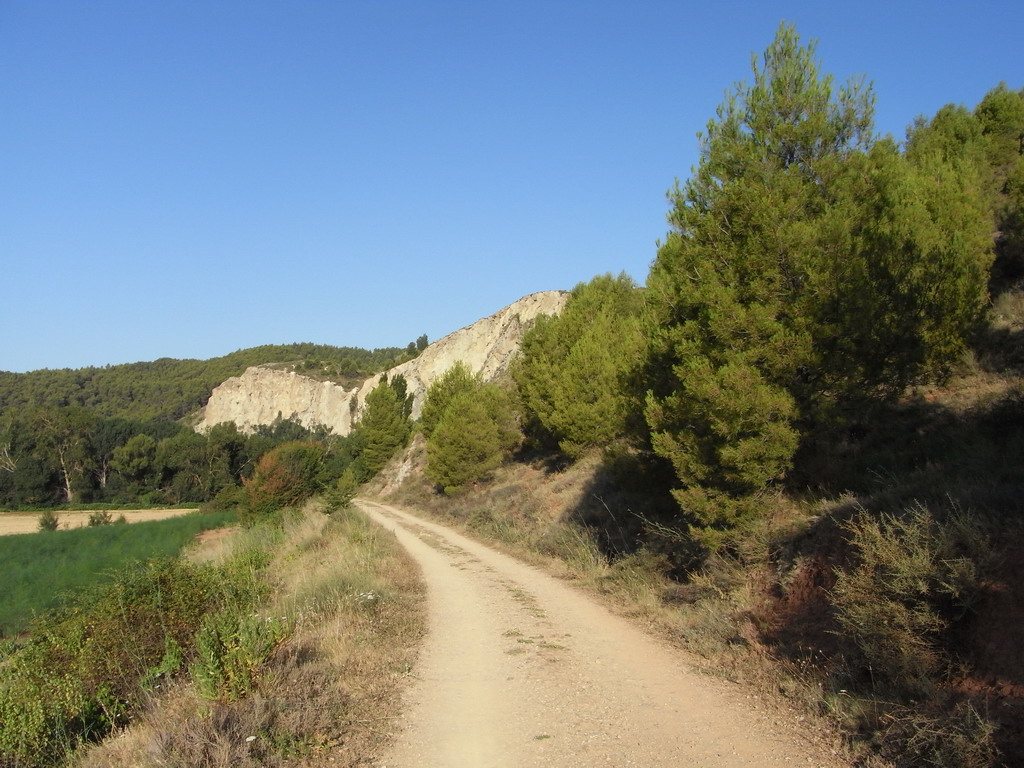 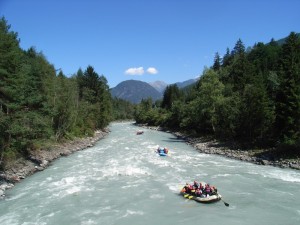 Schaffhausen (CH) to Belgrade (Serbia) ; a trip along the Danube river, from its birth at Donaueschingen to Belgrade, following Eurovelo 6 bike route. Best part being the start through the “Schwäbische Alb” hills : from Donaueschingen to Ulm. Mainly cycle tracks in Germany and Austria, then Danube dike (surfaced or unsurfaced and sometimes tough), secondary and main roads, some of which with heavy traffic. No photos available at the moment, since they have to be re-uploaded after Google destroyed Panoramio in November 2016. 2030 km / 22 days / +210 m / Summer 2007. 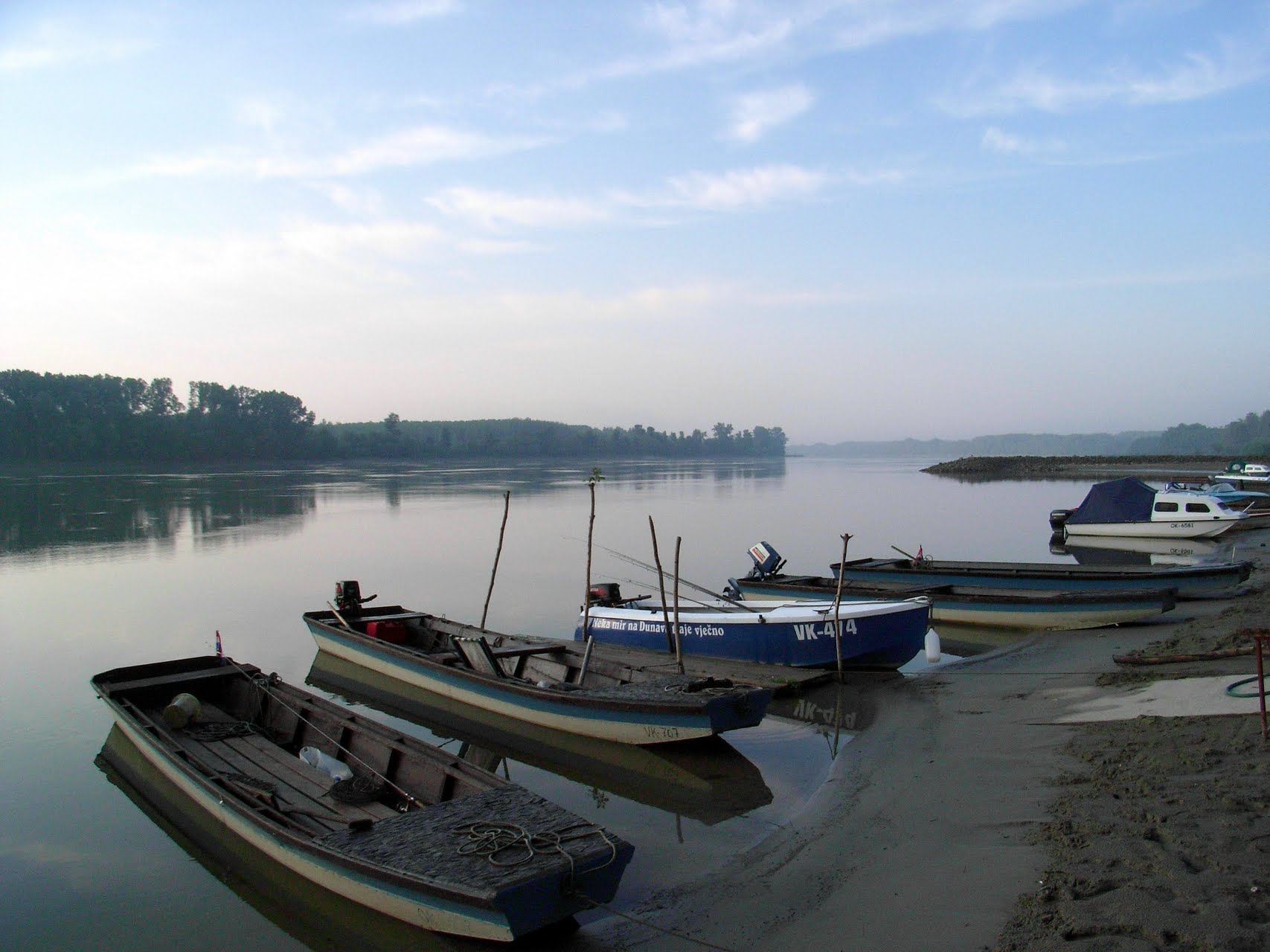 Geneva (CH) to Sevilla (Andalucia, Spain) ; my first long journey by bike. I left without any idea of where I would be heading to after Oléron Island (Charente-Maritime, France), where I had been invited by friends. At a certain time, I was thinking of travelling to Africa, via Spain and Morocco, but changed my mind in Sevilla due to extreme heat, tiredness and dangerous Andalucia roads (mad driving !). Northernmost crossing of the “Massif Central” on an east-west route towards the Atlantic. I travelled by car from Oléron to Dordogne, with friends. Then headed south and went over the Pyrenees in the fog at Larrau Pass. In Navarra & La Rioja, I roughly followed the Path to Santiago de Compostela until Burgos, then turned south towards Segovia and Madrid across the vast Castilla Plateau and the Sierra de Gredos. From the capital city, I cycled to Toledo and further west to remote Extremadura, before facing the last (and easy) obstacle : the Sierra Morena, in Andalucia. Mainly secondary roads. Caution : bikes cannot be taken into long distance trains in Spain (I sent mine by Regular Post and came back in 2 days by plane, bus and train). No photos, because I didn’t have a camera. 3695 km / 48 days / +630 m / Summer 2005.